<plug> Ok – am firstly going to use this to SHAMELESSLY plug the fact that CityCamp Brighton is happening for the third time this coming weekend (22-24th march)) so please come along if you are either local or interested </plug>.

Any post about UKGovCamp needs to start with a huge thank you to Steph Grey and Dave Briggs and this time to their Govcamp makers as well – it was great. An extra thank you this time to IBM who hosted us. While Microsoft have been very welcoming in the past I thought that the wider participation from IBM staff was a good thing.

I started the day with a now traditional breakfast with Stefan Czerniawski  where we attempt to briefly put the world to rights. This turned into a philosophical and fascinating session on identity which I will write up separately. I then pitched a session to create a discussion about the social layer within the smart cities arena which will also get its own post. In the afternoon I went to a great session on innovation run by Saul Cozens. Some of the thinking from that infected my feelings about the last session I went to – a discussion of ‘what next for govcamp’ convened by marvellous combo of Hadley Beeman and Ann Kempster.

We started off by discussing ways in which we might widen access to or create more strands within the Govcamp model.  However the discussion was challenged by Tom Steinburg and taken in a slightly different direction.  He asked how we were going to make sure that the future leaders of Councils and Central Government were picked from the people within the GovCamp ‘family’ because a sophisticated understanding of digital in a cultural and strategic rather than strictly technical sense is now an essential leadership skill. I can’t argue with that. It is alarming how frequently I am working with clients who do not have these skills at the top table and even where there is an awareness of the need for these skills there is a struggle to find the right people. I have written previously about this and I think Tom is right – if those future leaders aren’t amongst the people attending things like govcamp then were are they? They are not going to be found simply in the ICT department which I fear is the belief of current leaders. I believe that they instead exist in the spaces between disciplines and are the people who are pushing their own areas forward digitally at the same time as having the ability to see the bigger picture *.

They exist but we are not spotting them well at the moment and that means that we are not able to support them. This is a problem across all public services and it needs to be solved. Its a challenge that needs to be made to organisations like SOLACE, the LGA, the College of Policing and beyond. As was said in the session – its a bad assumption to think this can all be left to GDS – however good they are.

There was a tension in the session between the view that we should be ‘doing’ something along these lines with Govcamp and the view that GovCamp was valuable as an open space for thinking and forming these ideas but was not a vehicle for this kind of campaigning.  This question as to whether you are running an event or creating a movement is one we have considered with respect to CityCamp and my feeling is that you have to leave space for both – open spaces should be about opening up possibilities to act and while the two aren’t mutually exclusive I think the two kinds of participation compliment each other.  I really admire the fact that Steph and Dave are motivated by the desire to simply and powerfully create that space but I think its important that others can take it forward in different ways if that’s what they choose to do.

I think there is a real need to make sure that this topic – the need for digital to be at the top table in a meaningful way – needs to be debated widely and I will be agitating a bit to make sure this can happen – please shout if you are interested in being involved or have any ideas for the best way to do it. We may find out we are a movement after all.

*We might say this is a kind of disintermediation of professional practice !??! 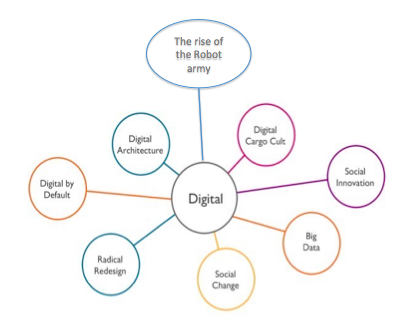 8 tribes of digital and the rise of the robot army.

I developed the 7 tribes of digital model a couple of years ago – it ... 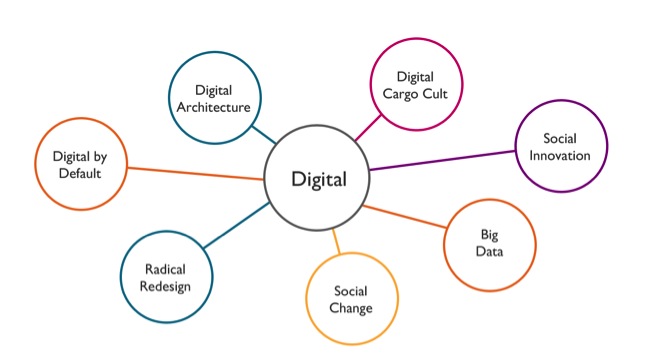 This is my half of a conversation that @Sarahlay and I had at @Localgovcamp.  She ...

Ok – so back at the desk and trying to find my blogging rhythm post ...